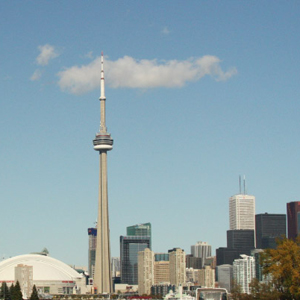 Welcome to Ontario and Québec-where exciting cities and breathtaking scenery await you on this eastern Canada tour. You’ll spend three nights in Toronto, two nights in both Ottawa and the Québec City area, and one night in Montréal.On your sightseeing tour in each city, you’ll see the must-see sights, such as the 1,815-foot-tall CN Tower in Toronto, Canada’s largest city; the Canadian Mint in Ottawa, Canada’s capital; Québec City’s Place Royale, the historic square known as the birthplace of French America; and Montréal’s Mount Royal, designed by the same designer as New York City’s Central Park. In Ottawa, you’ll visit the Royal Canadian Mounted Police stables, a tribute to Canadian heritage and history. In Québec, visit the Basilica of Notre Dame, dating to the 19th century, and Cap de La Madeleine, a national shrine with its fine stained-glass windows. Also enjoy time to explore Québec City, Canada’s only walled city and a UNESCO World Heritage Site. Between Montréal and Toronto, you’ll visit Upper Canada Village, where you’ll be transported back to the 1860s-with costumed interpreters, traditional farming techniques, aspects of late 19th-century social life, and more-at one of Canada’s most complete living history museums. But that’s not all…you’ll enjoy stunning scenery on this eastern Canada tour. For a tour highlight, board a sightseeing boat for a thrilling ride to view breathtaking Niagara Falls. You’ve seen photos of Niagara Falls, and now’s your chance to see it up close. These falls are nothing short of spectacular! Also enjoy a cruise that takes a scenic route through the many islands of St. Lawrence Islands National Park. From the vibrant cities to the beautiful scenery, this eastern Canada tour designed for the value-minded traveler is a wonderful vacation

Prices are per person, land or cruise only, based on double occupancy. Offer subject to availability and change without notice. Some restrictions may apply. Please ask us for details.

Charges not included in the land vacation price: airfare to and from the start of your vacation; airline baggage fees including checked and/or excess baggage fees; Federal inspection fees for the Federal U.S. Customs and Immigrations; agricultural tax; other per person taxes imposed by government entities; applicable cruise taxes, fees, fares and port charges; passports; visas and vaccinations; transfers; tips to your Tour or Cruise Director, Local Host, driver, Local Guides, and/or ships’ crew; gratuities on ferries, trains, and cruise ships; laundry; telephone; minibar; alcohol, beverages, and food outside of the contracted menu as presented at a hotel or restaurant (these extra items will be billed to you before leaving the hotel, ship, or restaurant); additional excursions and activities not listed as ‘included’ in the itinerary; porterage at airports or train stations; Travel Protection premiums; and all other items of a personal nature.